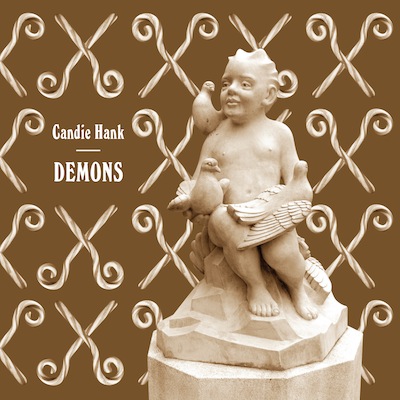 Shitkatapult, the Berlin label and home of the artists T.Raumschmiere, Christian Vogel, Moderat, Apparat and many others, just released the new Candie Hank album “Demons”. It is a very special album for me, since it is going into a new direction that varies between tropical surf worlds, psychedelic kraut atmoshperes, Candie Hank grooves and vocals. Unlike the “Ciao Bella!” album it also has more wild uptempo songs again featuring vocals of the japanese singer Yuko Matsuyama and me.

The album is released on Vinyl (including download code), CD and also available in all Online Shops.

Distributed worldwide by Morr Music. Tell your local record shops and mailorders to order it! You can actually be part of supporting it that way!