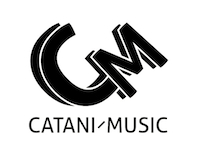 just recently a few days before the Worldtronics Festival 2011 at Haus der Kulturen der Welt I had some visitors from the TV Channel “ZDF Kultur” . Surprisingly one of the authors of the show “Pixelmacher” was informed about all of my work and we did a long interview at the Treptower Park. As it seems to be normal in TV,, just a tiny bit of it really got aired on the 16th of december. Also some of their (tacky) comments seemed to be important for  their format, but whatever. A little look on my work for the forgotten world of TV watchers..

There´s also a whole show of Pixelmacher dedicated to the Worldtronics Festival featuring: Bubbly Fish, Jahtari, Soom-T, Candie Hank and many more: You can watch it on the ZDF Kultur Website. – Watch –