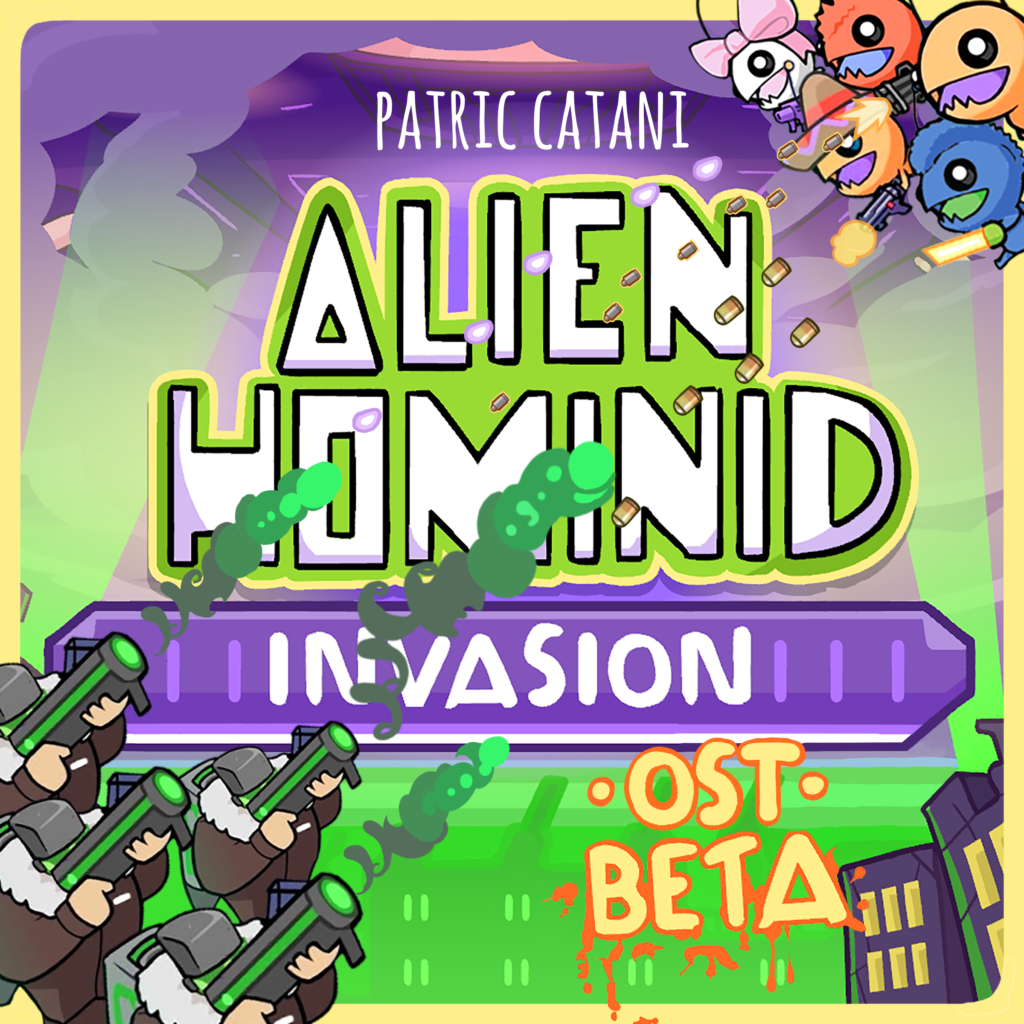 On the occasion of Pax Online taking place from Sept. 12th to 20th, my friends from The Behemoth asked me to do a live performance with the music I composed for “Alien Hominid Invasion”. So I will play a concert for you in the next days, check back at www.thebehemoth for the exact timetable.

This game soundtrack Beta release comes in parallel with the demo version of the game being released on Steam. Both the game and the music are work in progress, so you can expect much much more surprises to be added until the final release. I hope that this first batch makes the waiting time a little bit shorter for you, and that you enjoy being part of the development process of this amazing new game.

Beta / Pre-sale – What does this mean for you?
The Alien Hominid Invasion OST (Beta) will turn into a full version once the game is officially released by The Behemoth on Xbox, Nintendo Switch, Steam… By purchasing this pre-sale copy on Bandcamp, you will automatically have access to the complete Patric Catani contribution to the game, as soon the game is out.