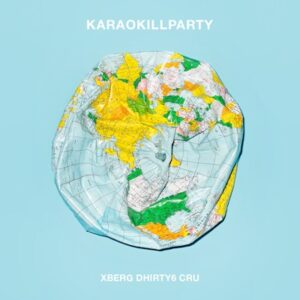 The DHIRTY6CRU, found in 2005 by ILL TILL and Kn0ch€nbl00t, released two highly acclaimed long players and two remix albums on the Cologne based label Sonig, besides a continuous output of online releases. The psychedelic cartoon wordplay and rap put together by ILL TILL, Der Richter, Tiger, Tretbote, Fuffie Daddy aka Babushkakopf, Meik Bong, Rapunzl, and DJ Opferrille plays with the catchy hit approach of banging hip-hop beats but is using this powerful energy to sway around twisted, sharp edged “satillyrical” swords. Despite the fact that it takes a humorous turn on typical crew stereotypes, rap egos, and the music industry, one will quickly notice that it’s more than a mere mock or parody. As a matter of fact, the DHIRTY6CRU managed to establish a world of their own, playing by self-made rules, and staying out of the boundaries of last minute trends. Nevertheless, many fans aggressively insist on having the DHIRTY6CRU played more on the Radio, TV, and bigger festivals. To cut their wait shorter, ILL TILL and his crew worked on a new album and came up with Karaokillparty Vol.1 + Vol.2 including the instrumentals of the two albums “Die Wichtigkeit” and “Die Reime der Anderen” plus previously un-mastered bonus tracks. Feel free to rap along to all the DHIRTY6CRU Karaoke Instrumentals or simply enjoy the complex worlds opening up to these fabulous feel-good hip-hop bangers.

Shaped up for the ultimate fatness by “Dr. Fat C” Catani.